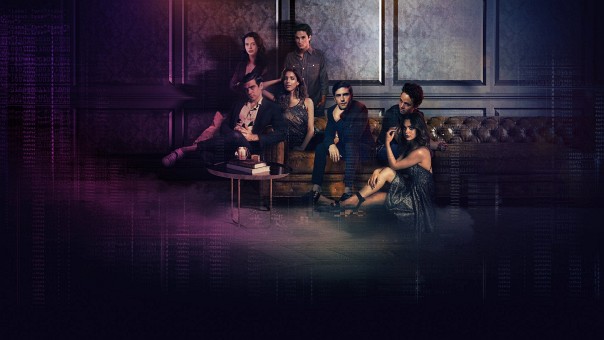 Control Z is a drama series created by Adriana Pelusi, Carlos Quintanilla Sakar, Miguel García Moreno. This series was first released on Friday, May 22, 2020, and currently has a 6.9 rating on IMDb. Control Z was produced by Lemon Studios and was initially released on May 22, 2020.

Is Control Z on Netflix?

Yes, Control Z is on Netflix. You can stream Control Z on Netflix starting Wednesday, August 4, 2021, at 12 AM PT / 3 AM ET. Discover all movies and series released on August 4th and see what’s new on Netflix in August 2021.

Below you can view Control Z plot, streaming info, reviews, and much more about the series.

When a hacker begins releasing students’ secrets to the entire high school, the socially isolated but observant Sofía works to uncover his/her identity.

Control Z is a series released in 2020. You can view the official website and Control Z on Netflix for more information.

Control Z is a drama series with a N/A score on Rotten Tomatoes and an IMDb audience rating of 6.9 (5,541 votes). The ratings are accurate at the time of writing and are not updated in real-time, but we continue to update Control Z’s ratings frequently.

Here is what parents should to know – Control Z parental rating is TV-MA. A TV-MA content rating means that material is unsuitable for children under 17. The program is specifically designed to be viewed by adults. This program may contain one or more of the following: crude indecent language (L), explicit sexual activity (S), or graphic violence (V). R and TV-MA are about equivalent ratings content-wise.

Don't miss everything new on Netflix in August 2021. You can also view Control Z poster on the next page ⏭️.