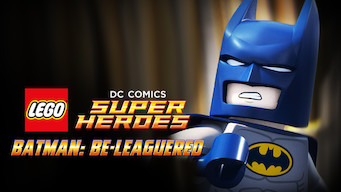 When Superman and the other Justice League superheroes start disappearing, it’s up to Batman to unravel the caper and save the day. Lego DC Comics: Batman Be-Leaguered featuring Dee Bradley Baker, Troy Baker, John DiMaggio, Grey Griffin, and Tom Kenny is streaming on Netflix starting Friday, February 1, 2019. The movie is directed by Rick Morales.

Lego DC Comics: Batman Be-Leaguered is a animation movie with a N/A score on Rotten Tomatoes and IMDb audience rating of 6.5 (1,395 votes).

Here is what parents to know – Lego DC Comics: Batman Be-Leaguered parental rating is TV-Y7. TV-Y7 indicates that programming is designed for children ages 7 and older. An additional rating, TV-Y7-FV, is used to indicate that a program contains “fantasy violence” that may be more intense or combative than other TV-Y7 programs.

Watch Lego DC Comics: Batman Be-Leaguered trailer below to get you pumped for the release.

You can view the Netflix’s Lego DC Comics: Batman Be-Leaguered official page. Be sure to check out all of the new releases coming to Netflix in February 2019.