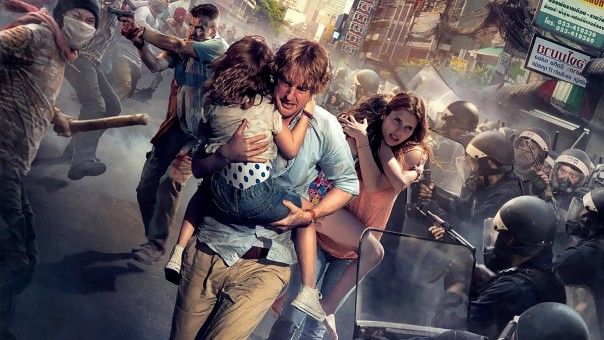 No Escape is a Netflix Original action directed by John Erick Dowdle. This movie was originally released on Friday, February 26, 2021, and currently has a 6.8 rating on IMDb.

Is No Escape on Netflix?

Yes, No Escape is on Netflix. You can watch No Escape on Netflix starting Friday, February 26, 2021, at 12 AM PT / 3 AM ET. Discover all series and films released on February 26th and check out what’s new on Netflix in February 2021.

Below you can view No Escape plot, streaming info, reviews, and much more about the movie.

In their new overseas house, an American family soon finds themselves caught in the middle of a coup, and they frantically look for a safe escape from an environment where foreigners are being immediately executed.

No Escape is a Netflix Original movie released in 2015. Netflix uses the term "original" to present movies and series that are exclusive to Netflix - cannot be watched anywhere else. About 85% of all new spending on content goes toward original programming. You can view the official website and No Escape on Netflix for more information.

Here is what parents need to know – No Escape parental rating is R. An R (Restricted) content rating means anyone under 17 requires an accompanying parent or adult guardian. TV-MA and R are about equivalent ratings content-wise.

Don't miss what's new on Netflix in February 2021. You can also view No Escape poster on the next page ⏭️.