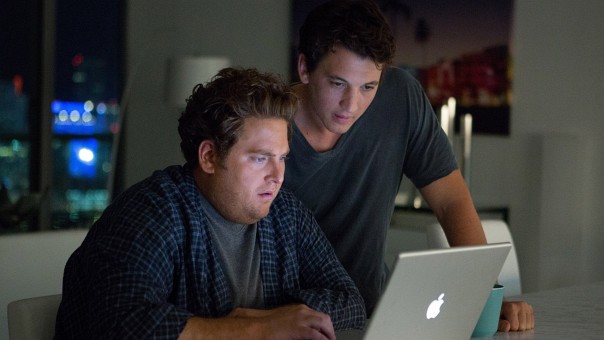 War Dogs is a biography movie directed by Todd Phillips. This movie was originally released on Friday, August 19, 2016, and currently has a 7.1 rating on IMDb. War Dogs was produced by The Mark Gordon Company, Green Hat Films, Joint Effort, and Warner Bros. Pictures, with a budget of $40 million and was initially released on August 19, 2016.

Is War Dogs on Netflix?

Yes, War Dogs is on Netflix. You can stream War Dogs on Netflix starting Monday, February 8, 2021, at 12 AM PT / 3 AM ET. Discover all series and films released on February 8th and find out what’s new on Netflix in February 2021.

Below you can view War Dogs plot, streaming info, reviews, and much more about the movie.

Loosely based on the true story of two young men, David Packouz and Efraim Diveroli, who won a three hundred million dollar contract from the Pentagon to arm America’s allies in Afghanistan.

War Dogs is a movie released in 2016. You can view the official website and War Dogs on Netflix for more information.

War Dogs is a biography movie with a 61% score on Rotten Tomatoes and an IMDb audience rating of 7.1 (183,153 votes). The ratings are accurate at the time of writing and are not updated in real-time, but we continue to update War Dogs’s ratings frequently.

Here is what parents need to know – War Dogs parental rating is R. An R (Restricted) content rating means anyone under 17 requires an accompanying parent or adult guardian. TV-MA and R are about equivalent ratings content-wise.

Don't miss what's coming to Netflix in February 2021. You can also view War Dogs poster on the next page ⏭️.