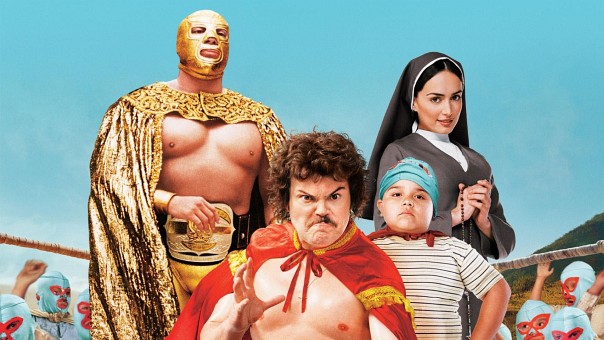 Nacho Libre is a comedy movie directed by Jared Hess. This movie was released on Saturday, January 1, 2022, and currently has a 5.8 rating on IMDb.

Is Nacho Libre on Netflix?

Yes, Nacho Libre is out now on Netflix. You can stream Nacho Libre starting Saturday, January 1, 2022, at 12 AM PT / 3 AM ET. Discover all movies and series released on January 1st and find out what’s new on Netflix in January 2022.

Below you can view Nacho Libre plot, streaming info, reviews, and more about the movie.

Berated all his life by those around him, a monk follows his dream and dons a mask to moonlight as a Luchador (Mexican wrestler).

Nacho Libre is a movie released in 2006. You can view the official website and Nacho Libre on Netflix for more information.

Nacho Libre is a comedy movie with a N/A score on Rotten Tomatoes and IMDb audience rating of ( votes).

Here is what parents need to know – Nacho Libre parental rating is PG. A PG content rating means parents are urged to give "parental guidance, as some material may not be suitable for young children.

Don't miss what's coming to Netflix in January 2022. You can also view Nacho Libre poster on the next page ⏭️.