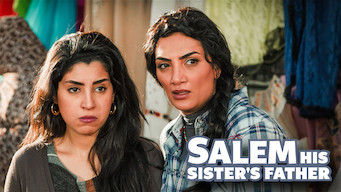 A street vendor’s simple life is turned upside down after the Egyptian revolution of 2011, forcing him to contend with criminals and cops alike. Salem: His Sister’s Father featuring Hassan Abdel Fattah, Ayten Amer, Mohamed El-Shaqanqery, Houria Farghally, and Ali Mansour is streaming on Netflix starting Saturday, June 22, 2019. The movie is directed by Mohamed Hamdy.

Salem: His Sister’s Father is a comedy movie with a N/A score on Rotten Tomatoes and IMDb audience rating of 3.5 (95 votes).

Here is what parents to know – Salem: His Sister’s Father parental rating is TV-14. Programs rated TV-14 contain material that adults may find unsuitable for children under the age of 14. The FCC warns that "Parents are cautioned to exercise some care in monitoring this program and are cautioned against letting children under the age of 14 watch unattended." Programs with this rating may contain crude humor, drug/alcohol use, inappropriate language, strong violence (may include some amounts of blood and gore), sex, and moderate suggestive themes or dialogue.

Watch Salem: His Sister’s Father trailer below to get you pumped for the release.

You can view the Netflix’s Salem: His Sister’s Father official page. Be sure to check out all of the new releases coming to Netflix in June 2019.