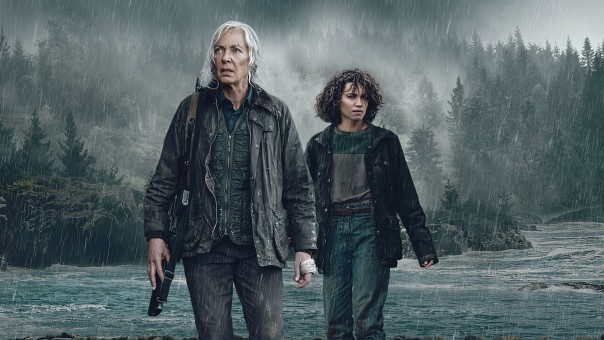 Lou is a Netflix Original action moviedirected by Anna Foerster. This movie will be released on Friday, September 23, 2022, and currently has a N/A rating on IMDb.

Is Lou on Netflix?

Not yet, Lou will be released shortly on Netflix. You can stream Lou starting Friday, September 23, 2022, at 12 AM PT / 3 AM ET. Discover all new series and films released on September 23rd and see what’s new on Netflix in September 2022.

Below you can view Lou plot, streaming info, reviews, and more about the movie.

A storm rages. A young girl is kidnapped. Her mother teams up with the mysterious woman next door to pursue the kidnapper, a journey that tests their limits and exposes shocking secrets from their pasts.

Lou is a Netflix Original movie released in 2022. Netflix uses the term "original" to present movies and series that are exclusive to Netflix - cannot be watched anywhere else. About 85% of all new spending on content goes toward original programming. You can view the official website and Lou on Netflix for more information.

Lou is a action movie with a N/A score on Rotten Tomatoes and IMDb audience rating of N/A (N/A votes).

Here is what parents need to know – Lou parental rating is R. An R (Restricted) content rating means anyone under 17 requires an accompanying parent or adult guardian. TV-MA and R are about equivalent ratings content-wise.

Be sure to check out what's new on Netflix in September 2022. You can also view Lou poster on the next page ⏭️.