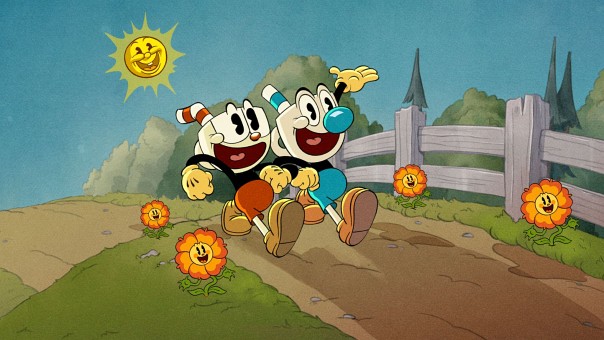 The Cuphead Show! is a Netflix Original animation series created by Dave Wasson. This series will be released on Friday, August 19, 2022, and currently has a 7.4 rating on IMDb.

Is The Cuphead Show! on Netflix?

Below you can view The Cuphead Show! plot, streaming info, reviews, and more about the series.

Follow the misadventures of the impulsive Cuphead and his cautious but persuadable brother Mugman in this animated series based on the hit video game.

The Cuphead Show! is a Netflix Original series released in 2022. Netflix uses the term "original" to present movies and series that are exclusive to Netflix - cannot be watched anywhere else. About 85% of all new spending on content goes toward original programming. You can view the official website and The Cuphead Show! on Netflix for more information.

The Cuphead Show! is a animation series with a N/A score on Rotten Tomatoes and IMDb audience rating of 7.4 (6,520 votes).

Here is what parents should to know – The Cuphead Show! parental rating is TV-Y7. TV-Y7 indicates that programming is designed for children ages 7 and older. An additional rating, TV-Y7-FV, is used to indicate that a program contains “fantasy violence” that may be more intense or combative than other TV-Y7 programs.

Be sure to check out everything new on Netflix in August 2022. You can also view The Cuphead Show! poster on the next page ⏭️.