You Are Not Special on Netflix: Release Date & Details 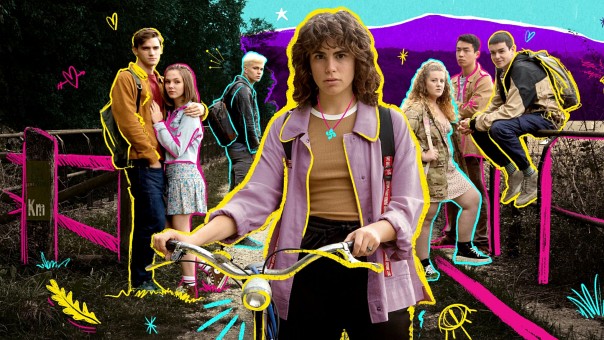 You Are Not Special is a Netflix Original comedy series created by Estíbaliz Burgaleta. This series will be released on September 2022. As of this writing, the series does not have any ratings or reviews because it has not beed released yet.

Please be aware that the dates could possibly change. As a result, you should make sure to check back frequently because this page will be updated.

You Are Not Special release date on Netflix?

Discover all movies and series released on September 1st and find out what’s new on Netflix in September 2022.

After moving from Barcelona to her mom’s boring town, Amaia discovers she may have inherited powers from her grandmother, rumored to have been a witch.

You Are Not Special is a Netflix Original series that will be released September 2022 on Netflix. Netflix uses the term "original" to present movies and series that are exclusive to Netflix - cannot be watched anywhere else. About 85% of all new spending on content goes toward original programming. You can view the official website and You Are Not Special on Netflix for more information.

As of today, You Are Not Special does not have any score on Rotten Tomatoes or ratings from IMDb audience. We will update this information, as soon as the series is released.

Here is what parents should to know – You Are Not Special parental rating is Not Rated. Not Rated (NR) or Unrated (UR) is often used when a film or a TV show has not been submitted to the MPAA for a rating. Unrated movies and TV series should be treated at least as R / TV-MA as it is often that rating or worse.

Don't miss what's coming to Netflix in September 2022. You can also view You Are Not Special poster on the next page ⏭️.