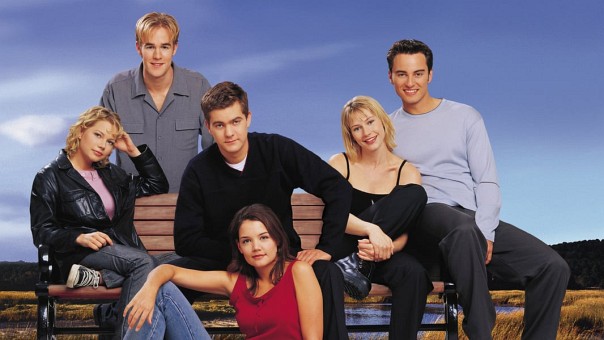 Dawson’s Creek is a drama series created by Kevin Williamson. This series was initially released on Tuesday, January 20, 1998, and currently has a 6.6 rating on IMDb. Dawson’s Creek was produced by Sony Pictures Television, Outerbanks Entertainment, Columbia TriStar Television, Granville Productions, and Procter & Gamble Productions (PGP) and was initially released on January 20, 1998.

Is Dawson’s Creek on Netflix?

Below you can view Dawson’s Creek plot, streaming info, reviews, and much more about the series.

Four friends in a small coastal town help each other cope with adolescence.

Dawson’s Creek is a series released in 1998. You can view the official website and Dawson’s Creek on Netflix for more information.

Dawson’s Creek is a drama series with a N/A score on Rotten Tomatoes and an IMDb audience rating of 6.6 (33,904 votes). The ratings are accurate at the time of writing and are not updated in real-time, but we continue to update Dawson’s Creek’s ratings frequently.

Here is what parents should to know – Dawson’s Creek parental rating is TV-14. Programs rated TV-14 contain material that adults may find unsuitable for children under the age of 14. The FCC warns that "Parents are cautioned to exercise some care in monitoring this program and are cautioned against letting children under the age of 14 watch unattended." Programs with this rating may contain crude humor, drug/alcohol use, inappropriate language, strong violence (may include some amounts of blood and gore), sex, and moderate suggestive themes or dialogue.

Be sure to check out what's new on Netflix in November 2020. You can also view Dawson’s Creek poster on the next page ⏭️.