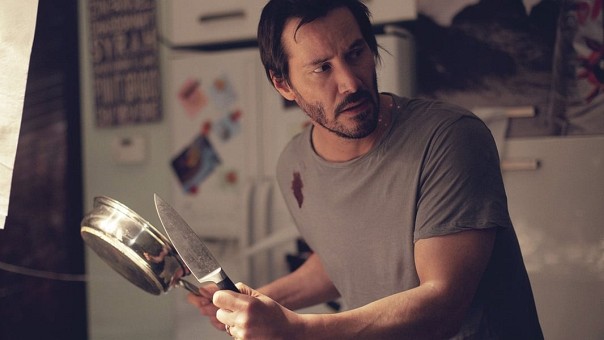 Knock Knock is a drama movie directed by Eli Roth. This movie was initially released on Friday, October 9, 2015, and currently has a 4.9 rating on IMDb. Knock Knock was produced by Sobras International Pictures, Lionsgate Premiere, UFA, Black Bear Pictures, Camp Grey, Elevated Films, Movie Trailer House, Rogovin Brothers, and Dragonfly Entertainment, with a budget of $3 million and was initially released on October 9, 2015.

Is Knock Knock on Netflix?

Below you can view Knock Knock plot, streaming info, reviews, and much more about the movie.

A devoted father helps two stranded young women who knock on his door, but his kind gesture turns into a dangerous seduction and a deadly game of cat and mouse.

Knock Knock is a movie released in 2015. You can view the official website and Knock Knock on Netflix for more information.

Knock Knock is a drama movie with a 37% score on Rotten Tomatoes and an IMDb audience rating of 4.9 (77,781 votes). The ratings are accurate at the time of writing and are not updated in real-time, but we continue to update Knock Knock’s ratings frequently.

Here is what parents should to know – Knock Knock parental rating is R. An R (Restricted) content rating means anyone under 17 requires an accompanying parent or adult guardian. TV-MA and R are about equivalent ratings content-wise.

Don't forget to check out what's coming to Netflix in November 2020. You can also view Knock Knock poster on the next page ⏭️.