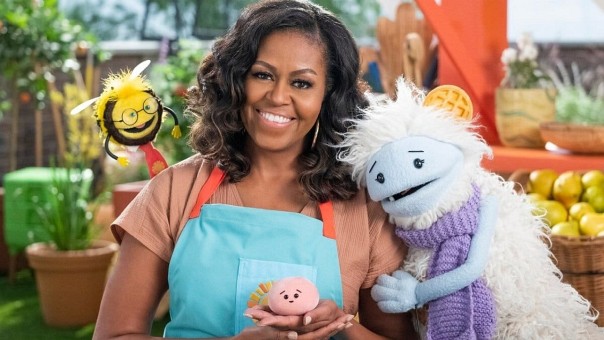 Waffles + Mochi is a Netflix Original family created by Jeremy Konner, Erika Thormahlen. This series was initially released on Tuesday, November 23, 2021, and currently has a 7.4 rating on IMDb.

Is Waffles + Mochi on Netflix?

Below you can view Waffles + Mochi plot, streaming info, reviews, and much more about the movie.

A whimsical supermarket with friends and aspiring chefs hop aboard a magical shopping cart to seek out ingredients all over the world.

Waffles + Mochi is a Netflix Original series released in 2021. Netflix uses the term "original" to present movies and series that are exclusive to Netflix - cannot be watched anywhere else. About 85% of all new spending on content goes toward original programming. You can view the official website and Waffles + Mochi on Netflix for more information.

Waffles + Mochi is a family series with a N/A score on Rotten Tomatoes and IMDb audience rating of 7.5 (441 votes).

Here is what parents should to know – Waffles + Mochi parental rating is TV-Y. A TV-Y content rating means that programming is appropriate for children of all ages. TV-Y and G are about equivalent ratings content-wise.

Don't miss everything new on Netflix in November 2021. You can also view Waffles + Mochi poster on the next page ⏭️.