The Squid and the Whale on Netflix: Date, Plot, & Reviews on Netflix: Release Date & Details 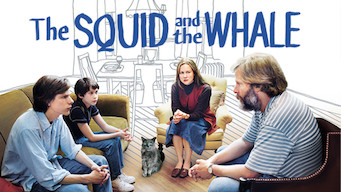 This insightful drama looks at the crumbling marriage between a self-centered novelist – whose career is waning – and his up-and-coming writer wife. The Squid and the Whale featuring Owen Kline, Jeff Daniels, Laura Linney, Jesse Eisenberg, and William Baldwin is streaming on Netflix starting Tuesday, October 1, 2019. The movie is directed by Noah Baumbach.

The Squid and the Whale is a comedy movie with a N/A score on Rotten Tomatoes and IMDb audience rating of ( votes).

Here is what parents to know – The Squid and the Whale parental rating is R. An R (Restricted) content rating means anyone under 17 requires an accompanying parent or adult guardian. TV-MA and R are about equivalent ratings content-wise.

Watch The Squid and the Whale trailer below to get you excited for the release.

You can view the Netflix’s The Squid and the Whale official page. Be sure to check out all of the new releases coming to Netflix in October 2019.