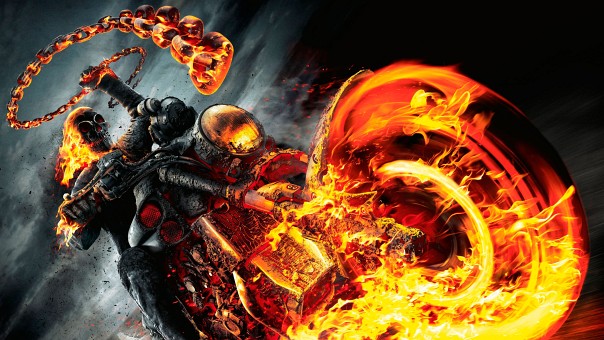 Ghost Rider is a action movie directed by Mark Steven Johnson. This movie was first released on Friday, February 16, 2007, and currently has a 5.2 rating on IMDb. Ghost Rider was produced by Crystal Sky Pictures, Relativity Media, Michael De Luca Productions, GH One, Vengeance Productions Pty. Ltd., Columbia Pictures, and Marvel Studios, with a budget of $110 million and was initially released on February 16, 2007.

Is Ghost Rider on Netflix?

Yes, Ghost Rider is on Netflix. You can stream Ghost Rider on Netflix starting Thursday, October 1, 2020, at 12 AM PT / 3 AM ET. Discover all series and films released on October 1st and check out what’s new on Netflix in October 2020.

Below you can view Ghost Rider plot, streaming info, reviews, and much more about the movie.

When motorcycle rider Johnny Blaze sells his soul to the Devil to save his father’s life, he is transformed into the Ghost Rider, the Devil’s own bounty hunter, and is sent to hunt down sinners.

Ghost Rider is a movie released in 2007. You can view the official website and Ghost Rider on Netflix for more information.

Ghost Rider is a action movie with a 26% score on Rotten Tomatoes and an IMDb audience rating of 5.2 (220,402 votes). The ratings are accurate at the time of writing and are not updated in real-time, but we continue to update Ghost Rider’s ratings frequently.

Here is what parents need to know – Ghost Rider parental rating is PG-13. A PG-13 content rating means parents should be strongly cautioned, as some material may be inappropriate for children under 13.

Definitely check out what's coming to Netflix in October 2020. You can also view Ghost Rider poster on the next page ⏭️.