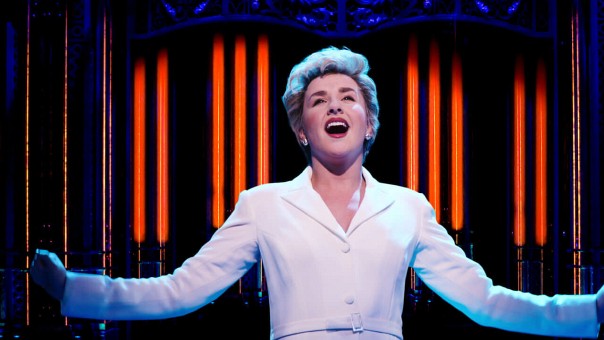 Diana is a Netflix Original biography directed by Christopher Ashley. This movie was originally released on Friday, October 1, 2021, and currently has a N/A rating on IMDb.

Is Diana on Netflix?

Yes, Diana is on Netflix. You can stream Diana on Netflix starting Friday, October 1, 2021, at 12 AM PT / 3 AM ET. Discover all movies and series released on October 1st and see what’s new on Netflix in October 2021.

Below you can view Diana plot, streaming info, reviews, and much more about the movie.

A live recording of the Broadway musical based on the life of Diana, Princess of Wales. Filmed at the Longacre Theatre in New York City during the midst of the COVID-19 pandemic.

Diana is a Netflix Original movie released in 2021. Netflix uses the term "original" to present movies and series that are exclusive to Netflix - cannot be watched anywhere else. About 85% of all new spending on content goes toward original programming. You can view the official website and Diana on Netflix for more information.

Diana is a biography, drama, musical movie with a N/A score on Rotten Tomatoes and IMDb audience rating of ( votes).

Here is what parents should to know – Diana parental rating is PG-13. A PG-13 content rating means parents should be strongly cautioned, as some material may be inappropriate for children under 13.

Don't forget to check out everything new on Netflix in October 2021. You can also view Diana poster on the next page ⏭️.