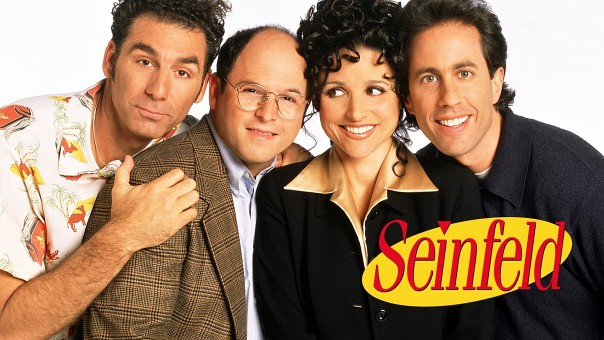 Seinfeld is a comedy created by Jerry Seinfeld, Larry David. This series was originally released on Friday, October 1, 2021, and currently has a 8.8 rating on IMDb.

Is Seinfeld on Netflix?

Yes, Seinfeld is on Netflix. You can stream Seinfeld on Netflix starting Friday, October 1, 2021, at 12 AM PT / 3 AM ET. Discover everything released on October 1st and see what’s new on Netflix in October 2021.

Below you can view Seinfeld plot, streaming info, reviews, and much more about the movie.

Seinfeld is a series released in 1989. You can view the official website and Seinfeld on Netflix for more information.

Seinfeld is a comedy series with a N/A score on Rotten Tomatoes and IMDb audience rating of 8.8 (267,220 votes).

Here is what parents need to know – Seinfeld parental rating is TV-PG.

Don't miss what's new on Netflix in October 2021. You can also view Seinfeld poster on the next page ⏭️.