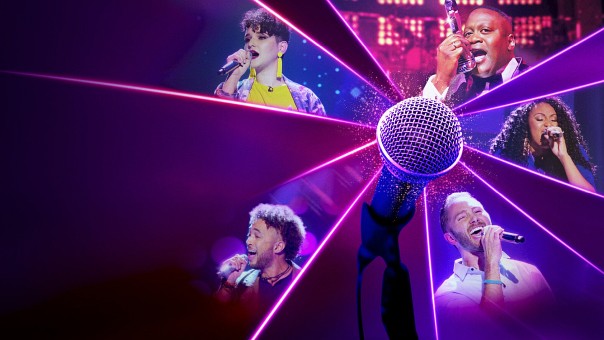 Is Sing On! on Netflix?

Below you can view Sing On! plot, streaming info, reviews, and much more about the series.

In each themed episode, six contestants belt out the biggest hits from that genre while being judged by a vocal analyzer comparing their vocal performance to the original artist’s.

Sing On! is a Netflix Original series released in 2020. Netflix uses the term "original" to present movies and series that are exclusive to Netflix - cannot be watched anywhere else. About 85% of all new spending on content goes toward original programming. You can view the official website and Sing On! on Netflix for more information.

Sing On! is a game-show series with a N/A score on Rotten Tomatoes and an IMDb audience rating of N/A (N/A votes). The ratings are accurate at the time of writing and are not updated in real-time, but we continue to update Sing On!’s ratings frequently.

Here is what parents need to know – Sing On! parental rating is Unrated.

Definitely check out what's coming to Netflix in September 2020. You can also view Sing On! poster on the next page ⏭️.