The Boys in the Band on Netflix: Date, Plot, & Reviews on Netflix: Release Date & Details 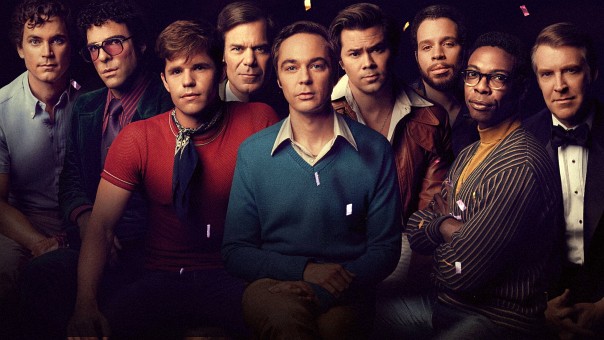 Is The Boys in the Band on Netflix?

Below you can view The Boys in the Band plot, streaming info, reviews, and much more about the movie.

At a birthday party in 1968 New York, a surprise guest and a drunken game leave seven gay friends reckoning with unspoken feelings and buried truths.

The Boys in the Band is a drama movie with a 83% score on Rotten Tomatoes and an IMDb audience rating of 6.8 (4,093 votes). The ratings are accurate at the time of writing and are not updated in real-time, but we continue to update The Boys in the Band’s ratings frequently.

Here is what parents should to know – The Boys in the Band parental rating is R. An R (Restricted) content rating means anyone under 17 requires an accompanying parent or adult guardian. TV-MA and R are about equivalent ratings content-wise.

Don't forget to check out everything new on Netflix in September 2020. You can also view The Boys in the Band poster on the next page ⏭️.