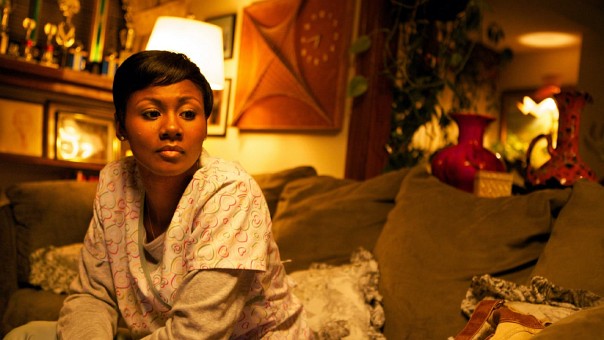 Is Middle of Nowhere on Netflix?

Below you can view Middle of Nowhere plot, streaming info, reviews, and much more about the movie.

Ruby goes on a journey of self-discovery when she drops out of medical school in order to focus on her incarcerated husband’s well-being.

Middle of Nowhere is a Netflix Original movie released in 2014. Netflix uses the term "original" to present movies and series that are exclusive to Netflix - cannot be watched anywhere else. About 85% of all new spending on content goes toward original programming. You can view the official website and Middle of Nowhere on Netflix for more information.

Middle of Nowhere is a drama movie with a 88% score on Rotten Tomatoes and an IMDb audience rating of 6.4 (1,628 votes). The ratings are accurate at the time of writing and are not updated in real-time, but we continue to update Middle of Nowhere’s ratings frequently.

Here is what parents should to know – Middle of Nowhere parental rating is R. An R (Restricted) content rating means anyone under 17 requires an accompanying parent or adult guardian. TV-MA and R are about equivalent ratings content-wise.

Don't miss everything new on Netflix in February 2021. You can also view Middle of Nowhere poster on the next page ⏭️.