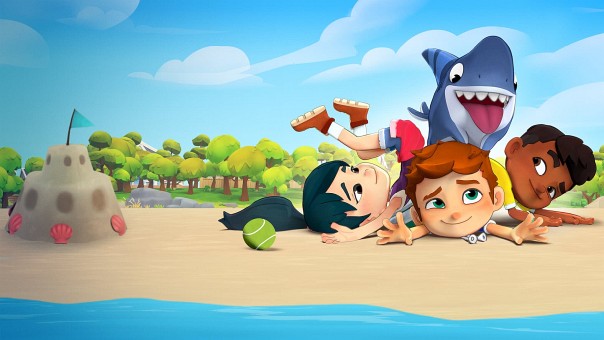 Sharkdog is a Netflix Original animation series created by Jacinth Tan. This series will be released on Thursday, June 30, 2022, and currently has a 6.2 rating on IMDb.

Is Sharkdog on Netflix?

Not yet, Sharkdog will be released shortly on Netflix. You can stream Sharkdog starting Thursday, June 30, 2022, at 12 AM PT / 3 AM ET. Discover all movies and series released on June 30th and see what’s new on Netflix in June 2022.

Below you can view Sharkdog plot, streaming info, reviews, and more about the series.

10 year old Max and his best friend Sharkdog – half shark, half dog, all appetite. Blissfully unaware of his own strength, stealth and general sharkiness, Sharkdog often leaves a trail of chaos in his wake.

Sharkdog is a Netflix Original series released in 2021. Netflix uses the term "original" to present movies and series that are exclusive to Netflix - cannot be watched anywhere else. About 85% of all new spending on content goes toward original programming. You can view the official website and Sharkdog on Netflix for more information.

Sharkdog is a animation series with a N/A score on Rotten Tomatoes and IMDb audience rating of 6.1 (143 votes).

Here is what parents should to know – Sharkdog parental rating is TV-Y. A TV-Y content rating means that programming is appropriate for children of all ages. TV-Y and G are about equivalent ratings content-wise.

Definitely check out what's coming to Netflix in June 2022. You can also view Sharkdog poster on the next page ⏭️.